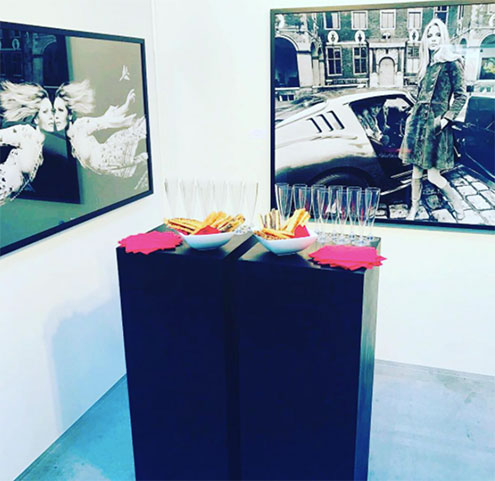 London-based photographer and film director, Jim Lee, has teamed up with Lou Proud Photographs and South London’s leading Ferrari and Maserati dealership, Joe Macari Performance Cars, to exhibit a selection of key works from his career spanning over five decades. It promises to take guests on a heady visual journey, beginning in the 1960s.

Starting on 6th July and running until 12th July, his photographs will be set against a dramatic backdrop of some of the fastest cars money can buy. Since his Arrested book launch and much-lauded photography show at Somerset House in 2012, which saw his work unveiled to a whole new legion of fans, Lee has been showing his work worldwide, including America and Russia.

After working as a fashion photographer with designers such as Yves Saint Laurent, Valentino, Versace and Ossie Clark, Lee switched to film directing, creating hundreds of commercials for such mammoth names as Guinness, American Express, Coca-Cola and Elizabeth Arden. His earlier photographs now form part of the permanent collection at the V&A Museum, London, with additional photographs held in the archives of Moscow’s Multimedia Art Museum.

His life has been anything but dull. Lee left the UK for Australia on the ocean liner, Oriana, aged 17, discovered his father was a spy in 1965, miraculously came back to life after 19 days in a coma and tragically lost his son, Orlando, in a car accident when he was just 13 years old. With an eye for the bizarre, abstract and glamorous, Jim’s photographs are strongly influenced by his life, and he lists early Helmut Newton, Guy Bourdin and Norman Rockwell as major influences.

Being a photographer with such a colourful and sometimes controversial past means he’s met scores of interesting people along the way, including once racing driver now performance car specialist, Joe Macari. Talking about their friendship, Jim says, ‘Joe and I go back a long way. I first met Joe when he was 17; he fell in love with my car – a 911 Porsche Turbo – and later employed my son, Jack, to clean cars for him when he was going through a tough time. As a thank you I gave Joe one of my photographs, which he still has in his office. Our relationship grew and we have been firm friends ever since.’

After storing his photographs at Joe’s showroom following his Somerset House exhibition, they discussed curating an exhibition at his vast Wimbledon showroom. Jim’s first choice was Lou Proud, former Head of Photographs at auction house, Phillips, and part of the team who successfully launched Arrested.

‘I knew Lou was the perfect person to curate this exhibition,’ says Jim. ‘Firstly, she’s an independent curator at the top of her game, secondly, she knows and likes my work and has sold it before, and thirdly, the contacts she has built up over the past 20 years are the perfect match for my work.’

‘But, most importantly, Lou is an adorable person with an incredibly refreshing, visionary approach to photography. This exhibition will bring together our shared interests and celebrate not only art and cars, but a mutual respect for each other’s work.’

Talking about Lee, Proud says, ‘When Jim and I met, we immediately got on; we have a similar maverick outlook. I see him as an important mentor – he has experienced so much of life and always has solid, kind advice outside our world of photography.’

‘Jim’s images really speak to me. I’m attracted to the way he creates these very particular pastiches. There’s an emotive texture of time and place and a feeling of great style, while at the same time making you feel like you’re experiencing something different. His pictures take you to a place you want to be, where everyone is hugely classy, smells of heady perfume and is naughtily sexy in a discreet way – he’s like a rock ‘n’ roll Cecil Beaton.’

‘So many people are attracted to Jim’s work. People who love long, elongated women, glamour, hedonism, fashion, those who scraped though staying alive in the ‘60s and ‘70s and those who love elegance with a sense of humour.’

The exhibition aims to let people really experience his work and enjoy an incredible journey in unique surroundings. Lee says, ‘Joe has this beautifully designed, gargantuous space full of incredible cars that will work perfectly with my photographs – we hope it will make a real impact on people visiting the exhibition.’

Many of Lee’s best-known photographs will be on show during the week-long exhibition, including Ossie Clark Aeroplane, Beachy Head and Willie Midget, along with other more rarely seen images. 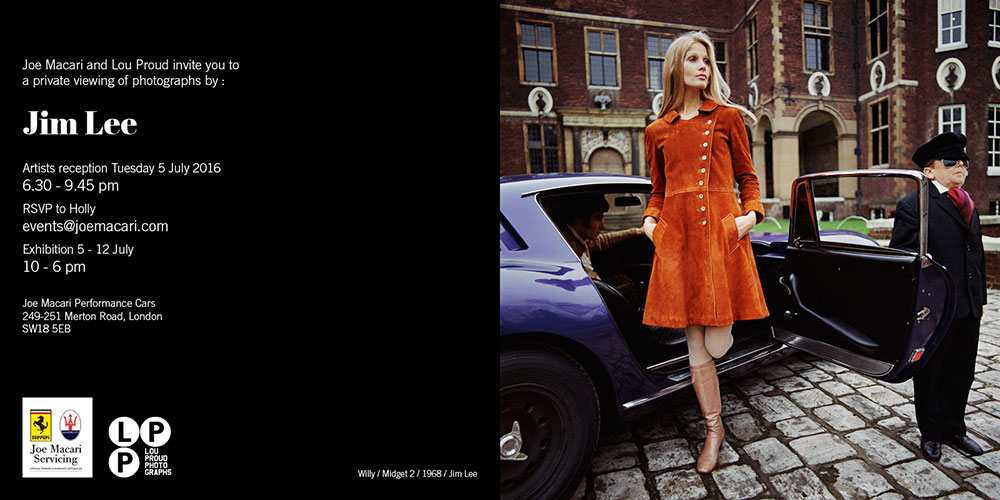 Not so Black and White: An Evening with Jim Lee 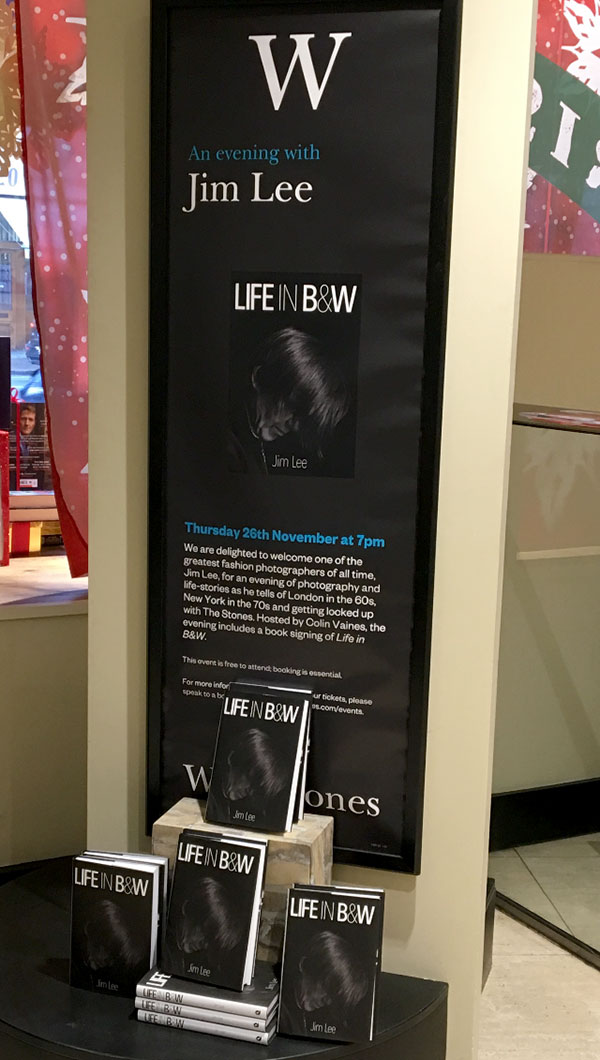