I asked a chum who had written a book before – ‘How do you decide where to start?’ – as I was determined not to write the story from the beginning to the end – that would be very predictable and boring, I thought. After all, I was a filmmaker and filmmakers don’t tell stories in chronological order. Also I’m dyslexic and I’ve never written anything before and I read very seldom as it’s a very big chore for me. Anyhow, he told me to think of what was the most important thing that ever happened in my life. Was it the moment I was waving goodbye to my friends off the deck of a massive ocean liner the Oriana on my way to an uncertain world in Australia at the tender age of 17? Was it the moment the police came to my front door one Sunday evening to tell me that my son, Orlando, was dead? Was it the day I discovered that my father was a spy? Was it the day I directed my first movie? Or was it the day I died and miraculously returned to life again after 19 days in a coma? No…none of these. I think the most memorable event of my life was when I walked out of a pawn shop in Sydney in 1963, having hocked the old Leica camera my father gave me before I left England, and with the proceeds bought a saddle – which was now over my shoulder looking to hitch a ride out of town to the Outback, to find a horse, to become a cowboy and realise my childhood dream. What was I doing? Was I completely mad? 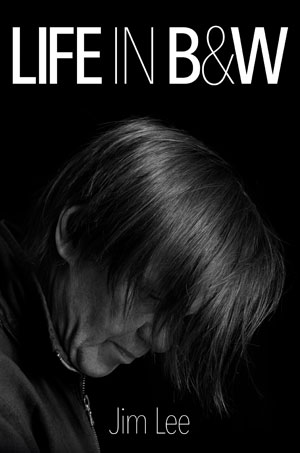 Jim Lee’s strengths are in his powerful movement and his supercharging narrative that is highly theatrical and very gripping.

Overwhelming! A very personal encounter with the real spy world.

Jim Lee brings a distinctive viewpoint and profound empathy to everything he does – to photography, to lm, and now to writing. On his first page he seduces us with the promise of “a strange mix of things: some quite grand and lavish, others rather austere and simple” – and he fulfils the promise again and again.

Jim Lee has lived more lives than most of the luckiest neighbourhood cats.

A set of 6 platinum prints, printed on archival fabriano paper